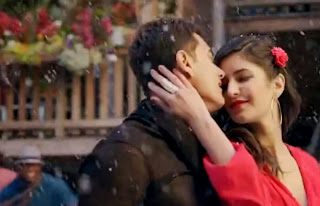 The biggest breaking news of this time is about Dhoom 3's next song.
According to a leading daily, the much awaited film of this year,
Dhoom 3's upcoming film is the most expensive track till date in
Bollywood. The total cost of the song titled 'Malang' is Rs. 5 crore
which is the highest budget of any song in bollywood.

Get your Guranteed Home Job for 1500$ Weekly.
http://tinyurl.com/qhuxrs4

As per sources, the song was shot over 20 days in a set which required
2 months of intensive work. The set for the song is fully designed
and will seen some professional dancers in the song.

Dhoom 3's this most expensive song is all set to create a history in
bollywood. The song features two lead actors Aamir Khan and Katrina
Kaif.

Also starring Abhishek Bachchan and Uday Chopra, the film is all set
to release on 20 Dec, 2013.