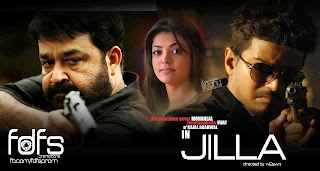 Here is a good news for all Tamil fans! The Tamil superstar Vijay's
much awaited upcoming film Jilla's music will release soon. The music
of "Jilla" is finally ready to hit the stores on 21st December.

The news has been confirmed by the music director of the movie D Imman
himself. He announced the music release date on the social networking
site Twiiter. He tweeted-
"Jilla audio from 21st December by Star
Music."

According to the report, the makers of the film are not organising any
special function for the launch because of not enough time.

The shooting of Jilla has been completed and all set to release for Pongal.