Salman Khan Says He Will Not Marry! 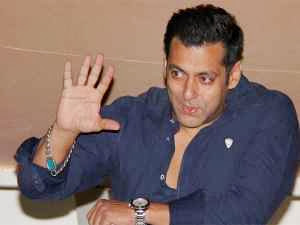 Superstar Salman Khan, who has been rumoured to be dating several leading
bollywood ladies says he is not interested in getting married and is
happy being single.

"I am not interested in getting married
or having a girlfriend. I am loving my single status. In 30 years I
must have been single...I am loving it. I am absolutely having a
blast...you have no idea how I am feeling," Salman said in an
interview in Mumbai.

In the past, Salman was uncomfortable and always dodged queries on his
marriage but now he seems to have a way around questions on his single
status. "Now that I am single.. I can do
whatever I can. There is no need to give explanation, or lie to anyone. Whoever
wants to come (in my life) can come.. but don't expect anything,"
Salman said. Ask him if he is commitment phobic, the 48- year-old
says, "When I commit...then I commit. Right now, I am non-committa
about anything."

SaLMn Khan says that he respects women a lot. "I respect women and I
will always continue to do it. I have never spoken ill about anyone,"
Salman said. Salman has had relationships with various actresses
including Somy Ali, Sangeeta Bijlani, Aishwarya Rai Bachchan and
Katrina Kaif. His love-life and link-ups still continues to be the
stuff of gossip mills.