The Villain - First Look Out 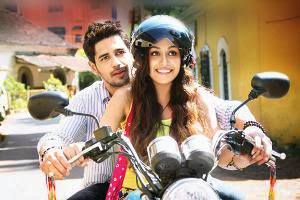 The first look picture of Shraddha Kapoor and Siddhartha Malhotra
starrer "The Villain" is out. Siddhartha and Shraddha are seen in a
bike in the picture. This is the first time Siddhartha will seen
opposite Shraddha Kapoor. The upcoming action and romance film is
directed by Mohit Suri and it is produce by Ekta Kapoor under the
banner of her production house Balaji Motion Pictures. Also starring
Riteish Deshmukh and Amrita Puri in the lead roles, the film is slated
to release on June 20, 2014.
Check it out-