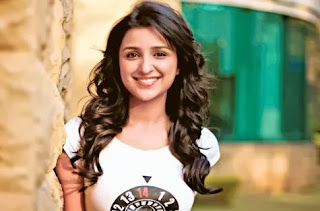 Bollywood actress Parineeti Chopra, who debuted in bollywood from 2010
hit "Ishaqzaade", is all set for something never seen before avatar on
the big screen.

Yes, you heard it right, Parineeti Chopra will seen in a new look in
her upcoming film "Hasee Toh Phasee". The actress will seen in a role
of a mad scientist in the film.

At the trailer lunch of Hasee Toh Phasee on Friday, the actress said,
"I wish I could tell you everything about my role. I play a scientist
who is actually a little mad. It's something that I have never seen on
screen."

Parineeti will seen opposite Student of the Year actor Siddhartha
Malhotra in the film. The film directed by Vinil Matthew and is slated
to release on 7th Feb 2014.