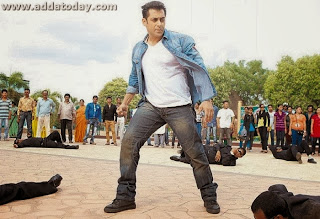 Here is the biggest breaking news for all bollywood lovers! After
releasing the teaser of much awaited film "Jai Ho", the entire team of
film, Salman Khan and Sohail Khan is moving ahead and ready for the
lunch of theatrical trailer of the film.

So guys get ready for the biggest Dhamaka this Monday. Film will be
release on 24th Jan 2014.