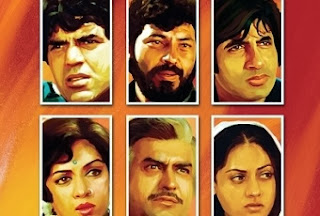 Bollywood actor Abhishek Bachchan is very excited to watch 3D version
of his father Amitabh Bachchan`s 1975 hit film `Sholay`. He recently
said at an event that he never seen one of the biggest film of indian
cinema, Sholay, in theater.