First Look Poster of Abhay Deol- Prachi Desai Starrer 'One By Two' Out! 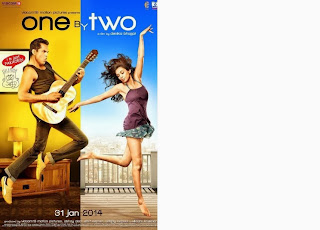 Here is the first look poster of real life couple Abhay Deol and
Preeti Desai starrer 'One By Two'. Film is directed by Devika Bhagat
and produced by Amit Kapoor and Abhay Deol. The music of romantic
comedy film has been composed by Shankar-Ehsaan-Loy. It is slated to
release on 7th Feb 2014. Check it out the poster-