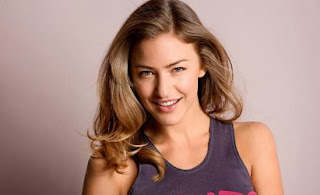 The much awaited upcoming film "Dhoom 3" is releasing next friday
(20th Dec). And the buzz of the film is so high. Here is another
breaking news from the movie.

Australian actress Tabrett Bethell will seen in the film. She will
feature opposite Uday Chopra as his love interest in Dhoom 3.

Tabrett Bethell is known for portraying the character Cara Mason in
the television series Legend of the Seeker. She will feature as Uday
Chopra's love interest while Uday is playing the character, named Ali
Akbar.