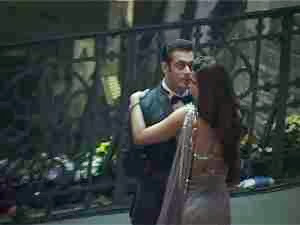 Actress Daisy Shah, who is the leading lady of Salman Khan's upcoming
film "Jai Ho", will not seen in the trailer of the film. The trailer
of film is all set to release next week.

According to the sources, Salman Khan is planning something special
for her. The makers of the film have some special plans to get her out
in the media
and in front of the audiences.

Daisy Shah will introduce in an event of music lunch in which
Salman-Daisy's romance has been seen. Salman is back after more than a
yaar. His last film was Dabangg 2, which was released on 21st Dec,
2012.