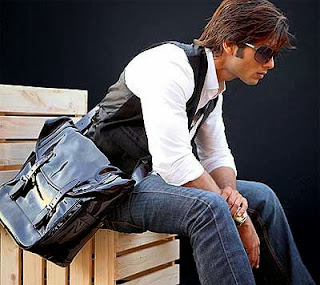 After the success of 'R..Rajkumar', bollywood actor Shahid Kapoor is
moving ahead. According to the latest report, Shahid Kapoor turns
producer with his next. He has decided to co-produce his upcoming film
'Haider'.

Haider will also co-produced by Vishal Bhardwaj and UTV motion
picture. Haider is said to be an adoption of popular novel Hemlet.

Shahid Kapoor will seen opposite 'Aashiqui 2' actress Shraddha Kapoor
in the film. Also starring Irrfan Khan and Tabu, Haider is expected to
release on 2014.