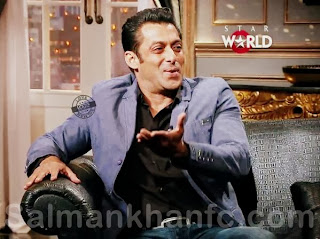 And now it's confirmed that bollywood superstar Salman Khan will be
the first guest on Karan Johar's TV Celebrity chat show 'Coffee With
Karan'. The first teaser video of Salman khan being the first
celebrity of the show is out. Salman is going to the show first time.
He will seen with his father Salim Khan on the show.

Here is the link of teaser. Watch it now.
http://tinyurl.com/paqcfa2

The show will start from 1st Dec on Star World TV channel.
Author: Rahul Raz at 8:35 AM