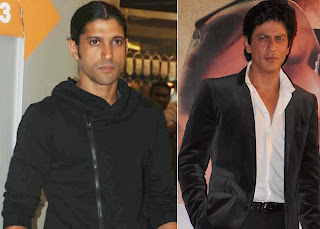 Bollywood superstar ShahRukh Khan and Farhan Akhtar are again teamed
up for their upcoming film after giving us "Don" francise. But this
time they are not coming as actor-director duo. They have been roped
in Rahul Dholakia's next film titled "Raees".

The release date of Raees has also been confirmed. Film is set to
release for Eid 2015. ShahRukh blocks the Eid of 2015.

Raees is an action film in which Shah Rukh playing a bootlegger and
Farhan, a policeman. It is produced by Excel
Entertainment, film will go on the floor mid-2014.