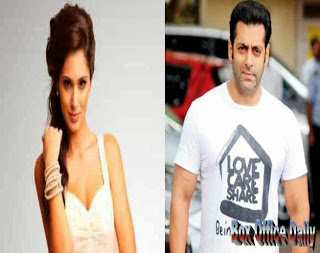 The latest news of this time is that this year's one of few 100 crore
film "Grand Masti" actress Bruna Abdullah has been roped in superstar
Salman Khan's much awaited upcoming movie "Jai Ho". She has been
signed in a small role opposite Ashmit Patel.

According to a leading daily, Bruna has been roped order to give a
romantic twist in Ashmit's character. Ashmit is playing a friend's
role of Salman Khan in the film.

Sources said, "Everyone felt there was room for a romantic angle for Ashmit's
character.Bruna was brought in. She
plays the girl Ashmit loves. But he's
unable to express his love for her."

The Brazilian girl Bruna Abdullah was debuted in industry from the
movie "Cash" in which she was seen in an item
number. And now she will seen with Salman Khan. Good grow up Bruna!!