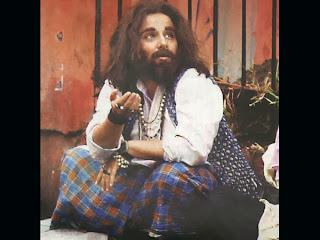 First of all, watch this image clearly and then think who is he/she???
After long thinking, if you can't find out whose this image is, then
just continue and read it.

This is not a actor but its a actress's image. Ya, you heard it right.
She is non other than Oooh-Lalla girl Vidya Balan. This is the first
look of actress from her upcoming 2014 film 'Bobby Jasoos'.

As we all know, Vidya has always played
unconventional and challenged roles in her films and this is the best
example of her filmy career till date.

This look is from a railway station in
Hyderabad where she disguised as a
beggar.

She plays a detective in the film. Film is slated to release on 2014.