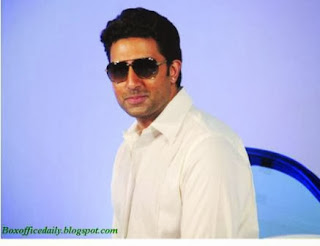 After produced 2009-released film "Paa"
, the actor turned producer Abhishek Bachchan, is moved ahead and
again is now set to produce his next film.

Abhishek will produce an untitled film, which is directed by R. Balki.
He confirmed the news and said, Balki's new film is a much bigger
film. It
will require a higher budget compared to Paa.

"We are currently in the process of
locking the script and working on it. The
pre-production is going on. It's a bigger
film so the film requires bigger budget," Junior Bachchan said.