Prabhu Deva's Next With Ekta Kapoor 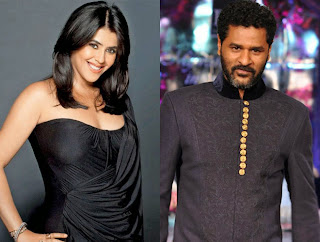 Prabhu Deva's Shahid Kapoor and Sonakshi Sinha starrer 'R..Rajkumar'
is releasing this friday. And now actor-director, is all set for his
next. His next film will with Balaji Films.

Prabhu Deva will direct a film with Ekta Kapoor's banner, which will
be a masala entertainer. The scripts and star casts of the film has
not been finalized yet. The film is expected to release on 2014.