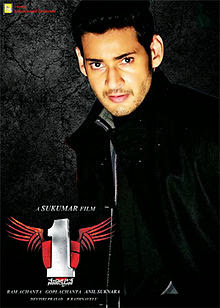 One of the biggest Tamil superstar Mahesh Babu's upcoming tamil film
'1: Nenokkadine' has created a history. The rights of his upcoming
flick have been sold for a whopping price of Rs 72 crores, which is
the highest in Telugu film history till date.

One of the biggest Indian motion picture production and distribution
company, Eros International have bought the rights of 1: Nenokkadine.

Mahesh Babu and Kriti Sanon starring film is directed by Sukumar. The
film is all set to release on 10th Jan 2014.
Author: Rahul Raz at 10:45 AM