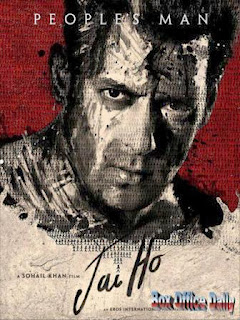 The biggest news for all bollywood lovers !! The trailer of Superstar
Salman Khan's much awaited upcoming film "Jai Ho", will release this
Thursday. The trailer of "Jai Ho" will release on Indian television
channel Star Gold and Star Plus at 8:59 pm on 12th December.

After releasing first look and digital poster of the film, it is all
set to hit the tubes this Thursday.

Film is all set to hit the screens on 24th Jan 2014. Starring Salman
Khan, Sana Khan, Daisy Shah and Tabu in lead roles, film is directed
by Sohail Khan.