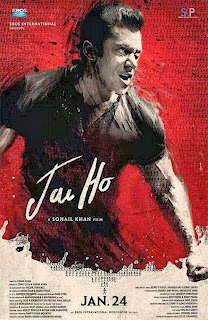 The second brand new poster of Salman Khan starrer much awaited
upcoming film "Jai Ho" has been out! The official theatrical trailer
of the film is releasing tomorrow (Thursday) at 8:59 pm on Indian TV
channel Star Gold and Star Plus.

Here is the look: