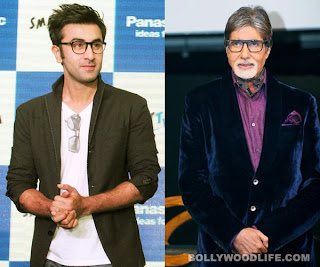 Bollywood actor Ranbir Kapoor will seen in Amitabh Bachchan's next.
According to the report, Ranbir has been roped for an item number in
Amitabh Bachchan's upcoming film "Bhootnath Return". This will be the
first time that Barfi actor and Amit ji will be sharing screen space
with each other.

Bhootnath Return is a Fantasy, Drama, Children genre film which is the
sequel of ShahRukh Khan and Juhi Chawala starrer "Bhootnath".

Film is starring Amitabh Bachchan,Boman Irani, Anurag Kashyap and Usha
Jadhav. It is all set to release on 11th April 2014.