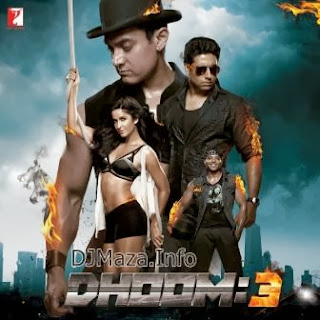 The most awaited film of this year 'Dhoom 3' is finally releasing
today. All bollywood lovers were eagerly waiting for the third
franchise of Dhoom. And now Dhoom 3 is in your nearest theater.
Bollywood is celebrating today as Dhoom Day. Today is not a national
holiday nor is it a Sunday.. today is the DHOOM day!

* Dhoom 3 is totally Aamir Khan film. He is known for his
perfectionist image. He is back after one year. His last film was
"Taalash" which was released in 2012.

* Dhoom is already one of the biggest brand of bollywood industry. Its
last two franchise was done superb at box office. So audiences are
expecting more than its previous sequel.

* Film is releasing on Christmas holidays. A holiday in the first two
days would have helped the film in historic collection.

* Dhoom 3 is the first Bollywood movie to be released in the IMAX
format. It is releasing in 4 IMAX theatre all over INDIA. The IMAX
tickets will be priced between Rs 400 to 600 for the morning shows &
Rs 700 to 900 for the night shows.

* It is one of biggest budget film. The total landing budget including
print and advertisement is around Rs 115 crore.

* Dhoom 3 creates history in Pakistan. It is releasing in 56 screens
today there which is the biggest release ever in Pakistan.

* The Satellite Rights of Dhoom 3 has
been expected to sold at the cost of
Rs.75 crore.