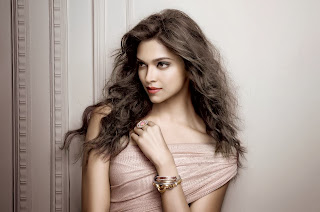 Bollywood queen Deepika Padukone has been nominated in four categories
at the BIG Star Entertainment Awards for this year (2013).

After four back-to-back hits, Deepika Padukone becomes one of the most
successful actress of bollywood till date. And so she has been
nominated in four categories for the award. The fourth edition of BIG
Star Entertainment Awards is scheduled to take place on December 18
this year.

Here is list of categories for which Deepika has nominated.

1] Most entertaining actor in a thriller film - Race 2

2] Most entertaining actor in a comedy film - Chennai Express

4] Most entertaining dancer for her performance - Ram-Leela

We wishes Deepika Padukone best of luck for the film.