Shah Rukh Khan Will Play Fan In His Upcoming Film 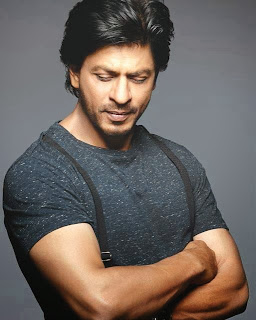 Fan is written by Habib Faisal from YRF's
new breed and will be directed by Maneesh Sharma. Aditya Chopra will produce.

According to sources, King Khan will seen opposite "Ishaqzaade"
actress Parineeti Chopra. This is the first time, SRK and Parineeti
will seen together. It will start in May in
Rajasthan.

Maneesh Sharma, who over the years has been the biggest fan of
Shahrukh Khan, will now get a chance to fulfil his dream of directing
the superstar in Yash Raj Films' next, Fan. Shahrukh Khan, the man
unarguably with one of the greatest fan following globally, will now
play the role of being the biggest fan himself in the forthcoming
movie.

Shahrukh Khan announced this morning on social networking site Twiiter
by twitting:
"Most of the characters I do are the ones I create... for the first
time I am going to play what has created me... I will be in my next a
Fan"